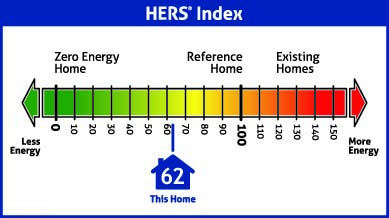 Since the development of the 2009 ICC International Energy Conservation Code (IECC), I have been promoting certification of log homes through EPA’s ENERGY STAR Program (www.energystar.gov). With the 2015 IECC comes a new compliance path via Section 406 Energy Rating Index. This Index is very closely related to RESNET’s Home Energy Rating System.

Below is a release from RESNET that shows the growth of RESNET-certified homes over the past few years. With the adoption of the 2015 IECC by state and local jurisdictions, these numbers should increase. However, we do not currently have a way to track how many of these RESNET certifications are log homes.

If you have a log home that has been certified under the ENERGY STAR, National Green Building Program, RESNET or BPI HERS Rating Programs, please share that information.  We will share certification information with the respective certification programs to begin to build statistics on how log homes are actually performing. Perhaps, with a strong response, we can generate a similar statistical report as RESNET’s. We look forward to hearing from you!

The average HERS Index score of net zero energy homes rated in 2015 was -7.  The following is a comparison of net zero HERS rated homes from 2013 to 2015:

In 2015 the five leading states which produced net zero energy homes were:

The home with the lowest HERS Index score in 2015 was in Maine with a score of -57.  This meant that the home will generate 57% more energy onsite than it will consume.

The following is a breakdown of net zero energy HERS rated homes in 2015 by state: The RESNET HERS Index is a relative measurement of the energy performance of a home. 100 on the HERS Index represents a home built in 2006.  A score of 0 represents a net zero energy home that produces as much onsite energy as it consumes.  The average HERS Index score in 2015 was 62.