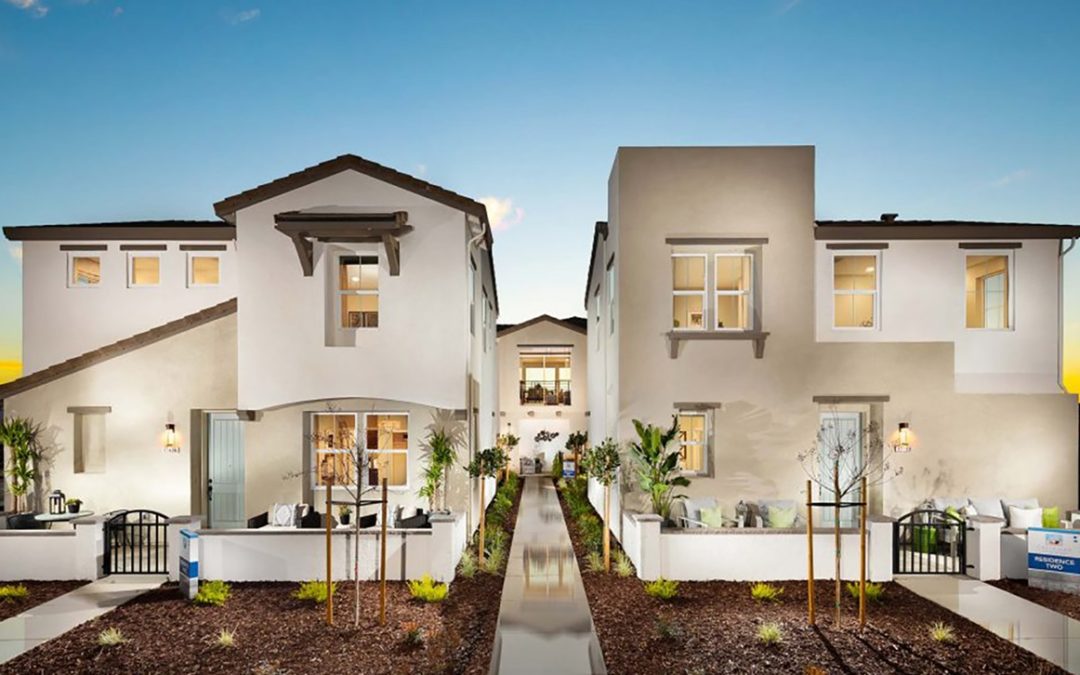 One aphorism (or cliché if you like) that is particularly apt for factory-built housing is “necessity is the mother of invention.” Faced with affordability concerns, the home building industry turns towards innovation – in the form of prefabrication – as a tool to address construction time and attainability.

Moreover, manufacturers of modular, panelized, and other building systems are pushing the limits of design with their ability to replicate architectural styles, details, and finishes that complement their site-built counterparts. The design flexibility makes factory-built housing especially appropriate for urban infill settings. It’s even possible to modify manufactured homes (often erroneously referred to as mobile homes) with different window shapes, rooflines, trim, porches, and decks.

In the last two decades, several companies have emerged with innovations that are already having an impact on the look of factory built. At locations in San Francisco and Toronto, BONE Structure fabricates high-performance, steel-frame homes utilizing a patented system. MmnMod in Los Angeles produces steel-framed, extruded polystyrene wall panels that are completely customizable according to the founders, an architect couple from Iceland.

Method Homes has a factory in Ferndale, Wash., where it manufactures and ships modules to the site 80-95 percent complete. In addition to custom prefabs, Method offers eight home series that were created by outside architects. The designs produced by these two companies have a sleek, modern bent—even BONE Structure’s more traditional elevations are stylized versions of classic forms like farmhouse—and they’re net zero energy ready.

Factory OS is focusing on affordable apartment modules that are delivered nearly 100 percent complete to the construction site from its Vallejo, Calif., plant. Only a few items need to be finished after delivery, such as exterior siding and roofing. Windows are installed by a machine in the factory, rather than by a worker on a scaffold several stories in the air.

Factory OS claims its apartments are 20 percent less expensive and can be delivered 40 percent faster, giving them a critical edge in San Francisco, one of the highest-cost apartment markets in the United States. The company recently erected a five-story apartment building in Oakland, Calif., in 10 days that would normally have taken a year. All five stories were preassembled. The goal, according to Factory OS, is to reduce costs by 30 percent and construction time by 50 percent.

Another way to increase automation of the homebuilding process and reduce labor costs is 3D printing. A number of 3D house-printing startups, including Mighty Buildings and ICON Technologies, are using the technology to produce concrete or other building materials to construct floors and walls and ultimately, roofs for small single-family houses. While there has been some controversy about the structural integrity of the concrete components, 3D printing could be a game changer in helping to grow America’s affordable-housing stock, make homebuilding easier and cheaper, and offer considerable design flexibility.

Unfortunately, the United States still lags Asia, Australia, and Europe in prefab-housing innovation. For instance, it’s rare to find an American factory that utilizes robotics to prefabricate, walls, roofs, and floors that are later assembled in the field. “Our factories don’t have robotic arms,” says Ken Semler, president of Impresa Modular Franchising, Martinsburg, W.V. and former chairman of NAHB’s Building Systems Councils. “[Humans] still install drywall and cabinets. We haven’t been able to automate that process yet.”

Semler notes that steel is being used more by modular manufacturers as a framing material because it helps transport heavy loads over longer distances.

A report from the U.S. Department of Housing and Urban Development (HUD), entitled “A Community Guide to Factory-Built Housing,” acknowledges that many of today’s modular and manufactured houses are breaking away from the boxy, flat-roofed configuration that has become a cliché. Manufacturers are offering roof pitches from 5-in-12 to 12-in-12, often with multiple roof lines, the report states. Although modular homes have had tilt-up roofs for more than 25 years, manufactured homes only started offering them recently due to their added cost and complexity.

HUD reports that two-story manufactured homes are becoming more common despite the challenges involved in producing them. A gable entry with a steep roof pitch erases the assembly-line perception and, especially in urban infill locations, helps the home blend in. Garages, decks, and porches that also enhance curb appeal can be factory produced.

In addition, modular and manufactured homes are coming out of the factory with decorative windows, bay windows, columns, porches, and upgraded exterior trim. And to serve the growing seniors market, manufacturers are developing a range of universal design (UD) plans as well as offering UD features that can be incorporated in other models, such as 42-inch-wide hallways, 48-inch-high light switches, and a 5-foot turning radius in bathrooms.

As far as style, home buyers in general are still enthusiastic about modern architecture, but the customers who work with Impresa franchisees often prefer traditional design. “They’re finding house plans that probably mirror the house they grew up in,” says Semler. Inside, buyers are looking for state of the art: a high-performance home with systems they can control with their phones.

Keep Up the Research

Factory-built housing has made a lot of progress in this country, but there is still much to learn. To that end, the Terner Center for Housing Innovation in Berkeley, Calif., recently launched a research series that examines the costs associated with building housing. As part of that effort, Factory OS contributed space for an independent Innovation Lab that will study ideas for modernizing the work of industrialized building techniques. It’s research that will help our industry catch up and reap greater benefits from off-site housing construction.

Post by Susan Bady, self-proclaimed “armchair architect” and advocate of sustainability, new building technology and most of all, good design.